A good friend of mine contacted me a couple of weeks ago and asked if I would accept a freelancing project. Around research and prototyping. Possibly leading to a new architecture for their existing product. The existing architecture didn't allow any further room for the new requirements they had - he told me during our skype conversation. I thought it was fun and took the offer. R&D and freelancing.. not bad huh!

So as part of the assignment I've been doing some interesting reasearch and prototyping so why not blog about it as well I thought.

One of the requirements is to decouple the system components so that they can be deployed and run on different boxes. So a typical "scaling out" problem.

After studying the existing architecture and reading through some code, this was my initial design. I've changed the application names to something more generic to keep it confidential but the technical idea behind it is still the same: 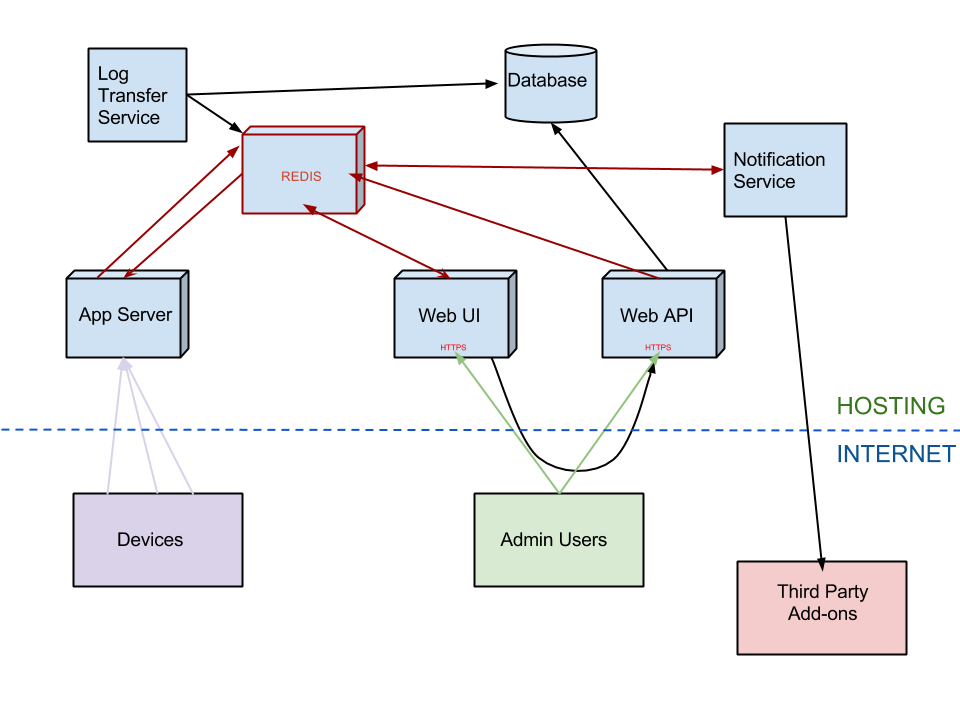 Let's look at some of the key components:

Careful readers should have already noticed that some of the requirements beg for a "message broker" / "service bus" type of a system in between to coordinate messaging.

Here is the official definiton of Redis:

Redis is an open source, BSD licensed, advanced key-value cache and store. It is often referred to as a data structure server since keys can contain strings, hashes, lists, sets, sorted sets, bitmaps and hyperloglogs.

At NIPO Software we've been using Redis for a while but frankly I didn't know that Redis was also supporting pub/sub messaging. As a solution the first thing that came to my mind was RabbitMQ, which is a message broker. But Redis can do other interesting things as well. So I focused on Redis instead.

Here is what Wikipedia says about the "Publish–subscribe pattern":

In software architecture, publish–subscribe is a messaging pattern where senders of messages, called publishers, do not program the messages to be sent directly to specific receivers, called subscribers. Instead, published messages are characterized into classes, without knowledge of what, if any, subscribers there may be. Similarly, subscribers express interest in one or more classes, and only receive messages that are of interest, without knowledge of what, if any, publishers there are.

And what Redis adds to it:

This decoupling of publishers and subscribers can allow for greater scalability and a more dynamic network topology.

Redis is also a cache store and a persistent storage. If you tell Redis to do so, it will take occasional snapshots of the data in it's memory and persist it to disk. As you progress through the Redis documentation it feels like Redis is all you need : ) F.ex here is where Redis snapshotting feature is configured:

Depending on how critical your data is you can specify different levels of aggressiveness. As with everything the more aggressively you save the more stress you put on the system. On the other hand you can disable saving completely which will make Redis a purely caching server.

If you want to quickly get up and running with Redis I recommend the Pluralsight course from John Sonmez. It does a great job on getting you from zero to sixty.

Redis is an open source project and only supports Linux. But Microsoft Open Tech group develops and supports a Windows port targeting Win64. On the other hand I haven't seen a single source that recommends running Redis Windows in production even though Microsoft claims that it's heavily tested and production ready. General sentiment is like "why would you do that when you can just run it on a Linux VM" which I can understand for SAAS scenarios.

For the project that I'm working on there is also installation scenarios on customer premises so asking them to get a Linux machine is a bit over the top my friend says. So we're willing to give the Microsoft Redis a chance. Hey these guys are also running Redis on Azure after all...

ServiceStack is one of the frameworks that put focus on Redis. Supporting Redis is one of their selling points:

ServiceStack also distributes MS Open Tech Redis port of Windows on GitHub. If you want to run the Windows version of Redis there are very useful information here on how to install Redis Windows as a service or how to use Vagrant to install the Linux version of Redis on a Windows box with virtualization through VirtualBox.

There are a bunch of clients out there implemented for Redis with various languages. As of this writing this is how the list looks like for C#. The ones that are starred are the recommended clients by Redis.

I've picked the ServiceStack client over StackExchange because of the richer and nicer to use library. It looks like the StackExchange client is claiming to be the fastest though.

Right after starting to use the latest ServiceStack Redis client I've noticed that they've switched to a commercial license with version 4. But the previous version 3 continues to be BSD license. So I fell back to this version after finding that out. Version 3 is also a pretty complete library and for my current purposes it doesn't really matter. 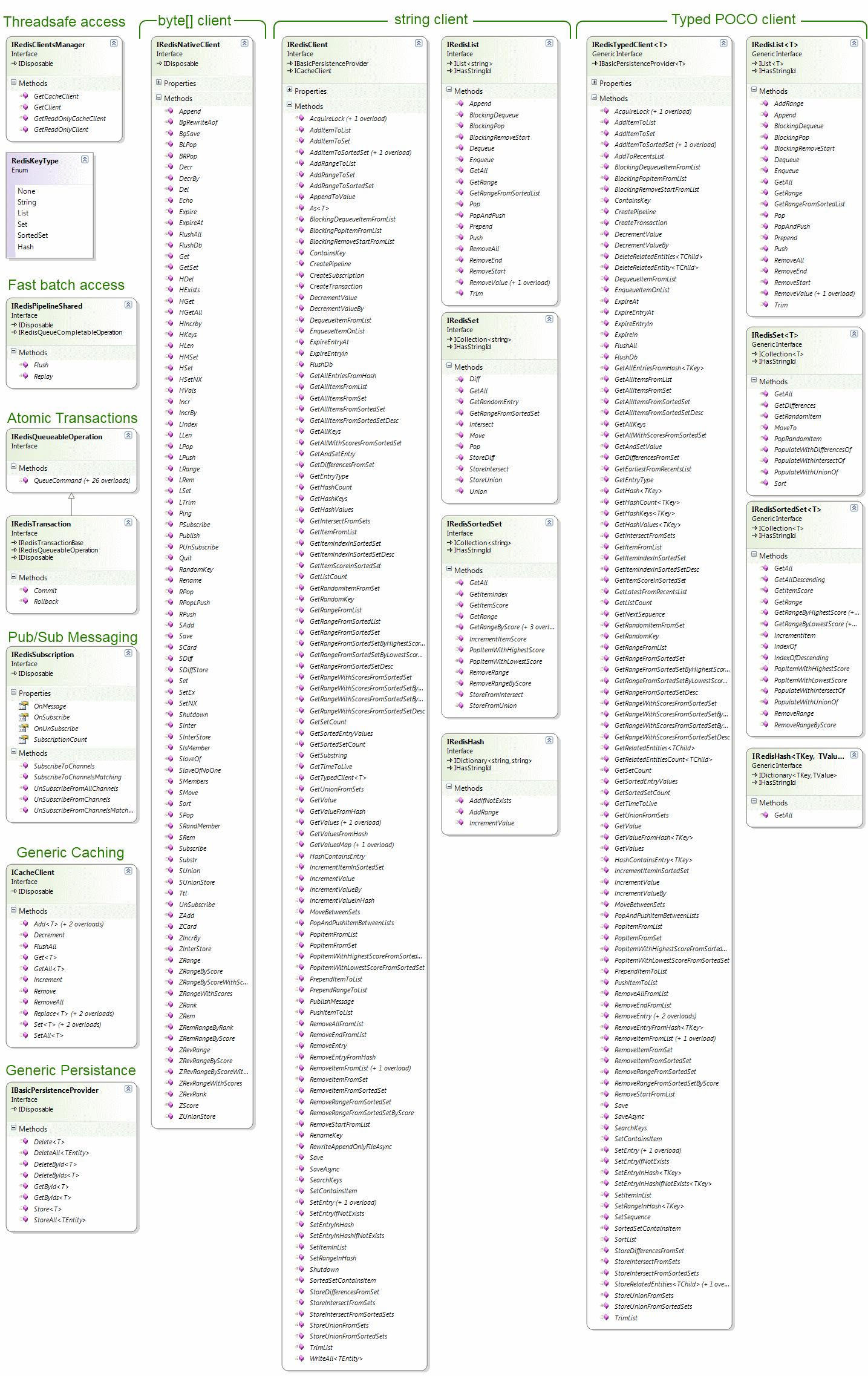 One of the scenarios that can be implemented with this prototype is as follows (remember the architecture diagram from the beginning of this post):